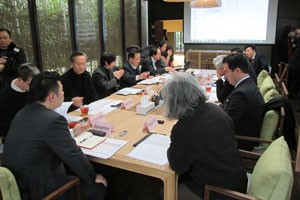 SHANGHAI – On January 21, 2016, the inaugural China Tall Building Awards jury meeting was held in Shanghai, the culmination of many months of effort.

The China International Exchange Committee for Tall Buildings (CITAB) and the Council on Tall Buildings and Urban Habitat (CTBUH) jointly launched the inaugural China Tall Building Awards in October 2015. Early on, the program received the kind support of the Architectural Society of China, the Architectural Society of Shanghai and individuals in the tall building industry — a diversity of supporters and submitters that reflect China’s booming trend in tall building construction in recent years. 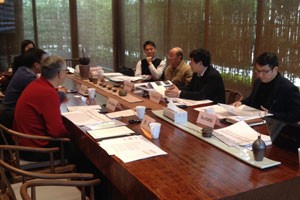 As of December 14th, the application submission deadline, the organizers received nearly 90 submittals, which spanned projects completed in the past two years and spread out across the Chinese mainland, Hong Kong, Macao and Taiwan. Among the submittals, about 45% were submitted by Chinese companies, while the overseas companies constituted about 55% of the submittals. Many of these were well-known developers and famous architects, fully embodying the event’s wide range of influence in the high-rise industry, even in its first year. The projects considered were not only from Tier 1 cities, such as Beijing, Shanghai, Guangzhou and Shenzhen; cities including Tianjin, Chongqing, Hangzhou, Nanjing, Wuhan, Changsha and Zhengzhou all fielded entries.

The intensive pace of construction in China over the past decade has afforded little time for reflection, and the jurors took seriously their obligation to use this time to support that objective. Throughout the deliberations on each submittal, the juries paid close attention to issues of appropriateness, sustainability, design and construction innovation as they collated, defended and re-evaluated their first-round votes before committing to the final round. A central issue: Was the “weird” architecture of the last decade’s tall-building boom a gratuitous anomaly, or were there genuine examples of innovation that point the way to more livable cities in the future? The results of the vote revealed something of a split house on the subject, and certainly kept it open for further discussion.